Our Response to the Devon Climate Assembly

This consultation was open from the 17th of March till the 14th of April 2022. 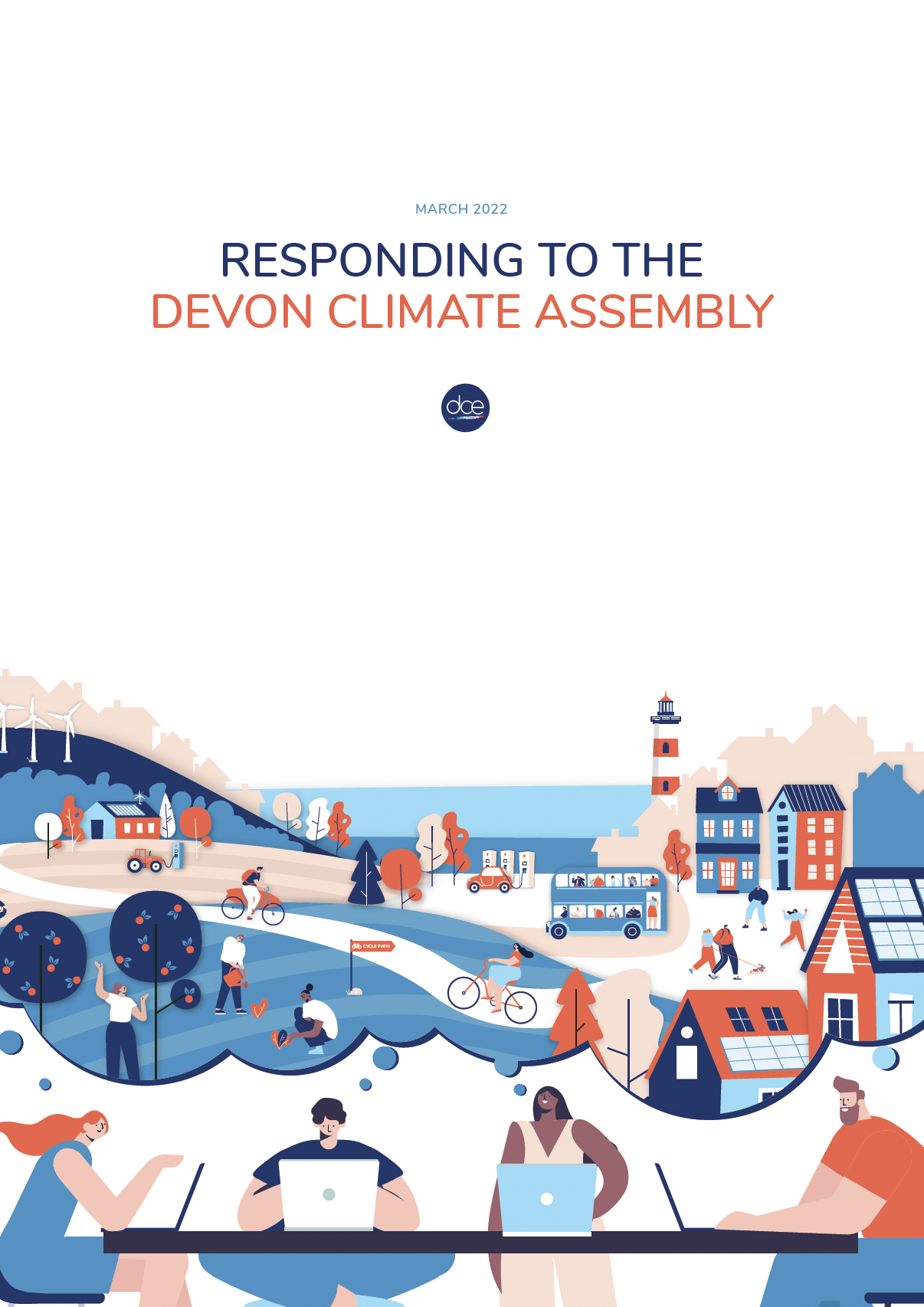 Use the menu on the left hand side to select the section of the report you wish to read.

Use the menu above to select the section of the report you wish to read.

1. What is the consultation about?

Over the past few months, the organisations of the Devon Climate Emergency partnership have been working together to respond to the Assembly’s recommendations, some of which are actions to include in the Devon Carbon Plan.

This consultation will help us to make sure that the additional actions we propose to add to the Devon Carbon Plan are fair, democratic and contribute to achieving Net-zero.

View a summary of our proposed response to the Devon Climate Assembly.

Be part of DCE